Nicole Yun is the singer, guitarist and songwriter of Eternal Summers - the road-tested indie surf-rock band from Virginia. We hear about Eternal Summers and taste some of their music in this episode, but Nicole Yun's latest project is a debut full length solo album called Paper Suit, which will be released under her own name on June 7.

We talked about what inspired her to make a solo record, and how she got into indie rock after studying music composition and performance in college. Paper Suit will be out on June 7th. Order a copy at nicoleyun.bandcamp.com - it's being released on vinyl and cassette.

Featured in this episode: Tommie and Supernatural Babe from Paper Suit by Nicole Yun, and Millions from Correct Behavior by Eternal Summers. 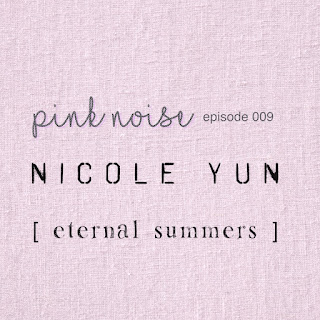